Complaints first made against educator in fall

Allegations of “inappropriate touching of male students” by the assistant principal at Skelly Elementary School were first reported to the principal in October, officials told the Tulsa World on Thursday.

Our Executive Director Desiree Doherty made some comments in response to a May 7th Tulsa World article.

Regarding “Complaints first made against educator in fall”, what is wrong with a principal (at both Skelly and Disney) who would not take seriously the concerns expressed in writing by teachers and counselors about inappropriate behavior of any member of the faculty or staff? Given what seem to be abundant past allegations and several previous investigations initiated regarding Mr. Yerton, I have to question the standard of accountability for district principals? Is there a “don’t ask, don’t tell, don’t make waves” culture in our schools around this issue?

Inappropriate touching IS child abuse, whether that rises to the level of being able to file charges of criminal conduct or not. Overlooking it, calling it something else, making excuses for a perpetrator, and allowing it to continue for months, even years, is indefensible. 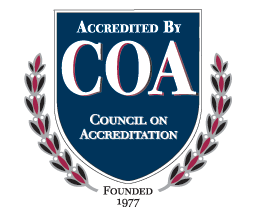